Granada is a small city in the south of Spain and the capital city of the province of the same name. But most importantly, it is one of Spain’s finest gems. Indeed, no other destination in Spain, or even Western Europe, can really compete with Granada’s Islamic legacy. This is partly thanks to its UNESCO World Heritage monuments, the Alhambra, the Generalife and the Albayzín. The mighty fortress of the Alhambra, with its mysterious palaces and exotic gardens, is a place of legends.

But Granada is not all about the Alhambra. In fact, the whole city is synonymous with Islamic heritage. This particularly Moorish essence is due to the fact that it was the last Spanish city to be retaken by the Catholic Monarchs. It comes as no surprise that an old barrio (Spanish for ‘neighbourhood’) such as the Albayzín has also been designated as World Heritage.

Because of its historical past, Granada was an important cultural centre for many centuries, and as such, it still features a broad range of cultural events. Film, music and theatre festivals are complemented by exhibitions in the old Renaissance palaces, which are an ideal place for seminars and conferences. It is also an ideal place for flamenco aficionados, who can enjoy the finest performances in Sacromonte.

Granada is situated at the foot of the Sierra Nevada between two hills separated by the Darro Valley. The River Darro flows through the centre of the city and divides the various hills. It is an ideal place to visit all year round though it can feel pretty hot during the summer months. Granada’s provincial range of beaches offers a refreshing option. In winter, the snows of the Sierra Nevada allow for  winter sports in the ski resorts.

You can get to Granada from Madrid or Sevilla by bus or train. The city is also well connected by road with the main cities in Andalucia.
You may also fly to Granada and hire a car at Granada Airport or get to the city by coach from the airport.

So if there is one tourist destination that you cannot miss in Andalucia, this is Granada. 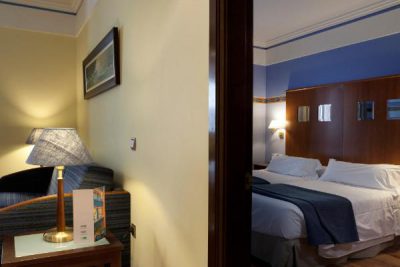 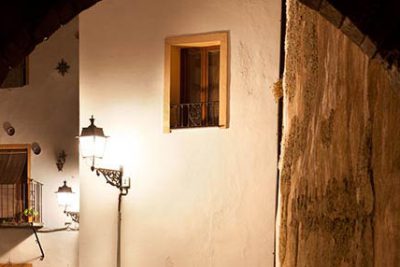 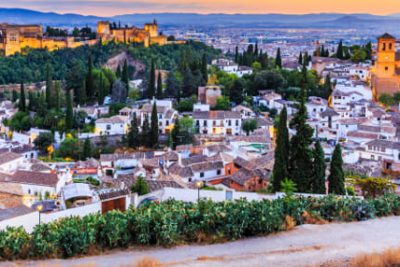 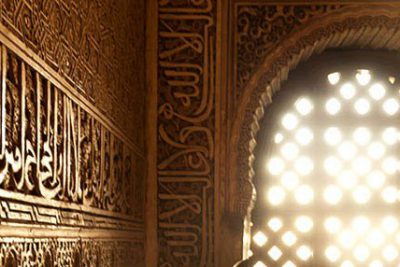 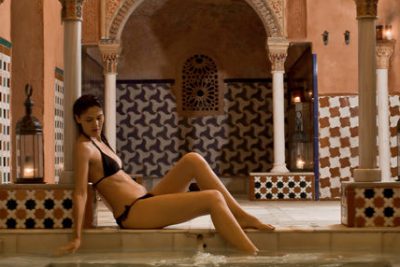