Valladolid is the administrative capital of Castilla y León, and a city known by its class, sophistication and architectural diversity.

Less than two hours by car from Madrid, it is located in the western part of Spain and right in the heart of the Autonomous Region of Castilla y León, surrounded by the provinces of León, Zamora, Salamanca, Ávila, Segovia, Soria, Burgos and Palencia.

Valladolid played a prominent role in the history of Spain, it was here that King Fernando and Queen Isabel married in 1469 and it served as venue of the Spanish Court in several occasions during the Middle and Modern Ages. It was also a meeting point for explorers, such as Fernando de Magallanes who came here to discuss their navigation plans, it was the city of residence of Miguel de Cervantes, author of Don Quijote and the place where Christopher Columbus died. Valladolid was a city of Kings, Queens and prominent figures of the Spanish history. History has left an imprint in the city which is visible in its architectural diversity.

Today it is one of the largest cities in Castilla-Leon with a population of around 500.000 inhabitants. It has an extensive network of roads, good services and a lively atmosphere with plenty of artistic and cultural activities. It is a perfect place for shopping as well as for relaxing with plenty of charming cafés, terraces, and excellent hotels.

Valladolid has an international airport, Villanubla, served by air companies such as Ryanair, Lagunair, Iberia and Air France and it will be one of the new destinations for the Spanish speed railway with the project of a line between Valladolid and Madrid.

The city looks to the future with new projects such as the Museum of Spanish Contemporarty Art “Patio Herreriano”, the Science Museum. New administrative infrastructures such as the Courts of Castilla y León renew its political influence in the 21st century Spain.

Valladolid has a continental climate with cold winters and hot summers, its average temperatures throughout the year are 16 Celsius degrees maximum and 6 minimum. It is not a very rainy region, rain being more frequent in autumn and spring.

Don’t miss a visit to Valladolid, walk trough its streets, discover its monuments, enjoy its gastronomy and explore its artistic heritage. Your journey begins here! 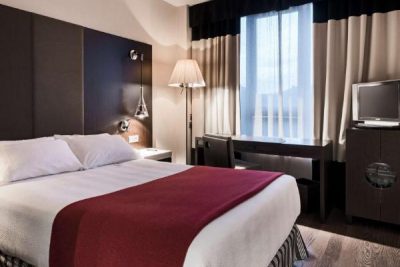 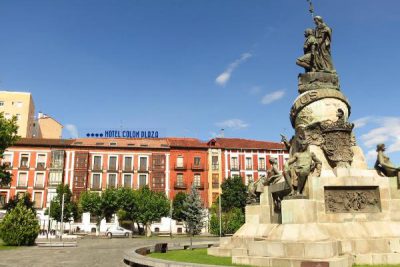 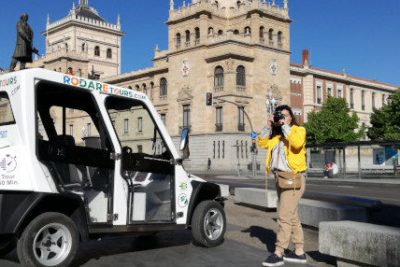 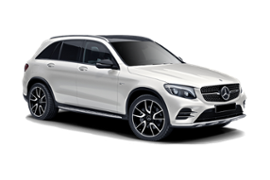 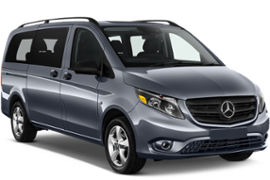