Corunna (called A Coruña in Galician language) is a Spanish region located in the north-western corner of the country. It is part of the Spanish autonomous community of Galicia, a region of vast green landscapes with a rich Celtic and Roman heritage which keeps, still today, a mystic and magic allure.

The province of Corunna borders with Lugo to the east, Pontevedra to the south and with the Atlantic Ocean and the Bay of Biscay to the west and north. The province also includes the islands of the Nature Park of the Atlantic Islands. Temperatures here are moderate although it can be quite rainy.

The capital of this Spanish province also bears the name of A Coruña. A city, surrounded by the ocean that has been the point of departure for different peoples and cultures which for over 2,000 years have left their legacy of legends, myths and history in each corner of the town. The city is also a busy commercial port of the Atlantic from which agricultural goods produced in the region are distributed.

Today La Corunna is a modern city, which combines its traditional agricultural and fishing industries with new successful industries, such as fashion and textile, a good example of this is the group Inditex whose shops (Zara, Springfield, etc) are all over the world.

La Corunna has an international airport served by Iberia, Spanair and Portugalia offering flights to different Spanish and European cities. The city has a football club in Spain’s top division, the “Deportivo de la Coruña”.

This region is also a perfect destination to enjoy sun and beaches, with an average temperature of 14º C and over 2,000 hours of sunshine per year. You can practice here water sports such as surfing, sailing, diving, fishing, etc.

Besides the capital, other outstanding city in the province of La Corunna is Santiago de Compostela, a beautiful town which welcomes thousands of pilgrims every year. The city’s cathedral is the destination of a famous medieval pilgrimage route, the Way of St James (in Spanish the Camino de Santiago).

DoubleTree By Hilton A Coruña 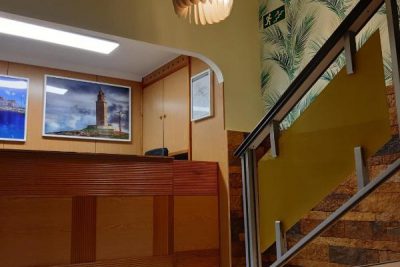 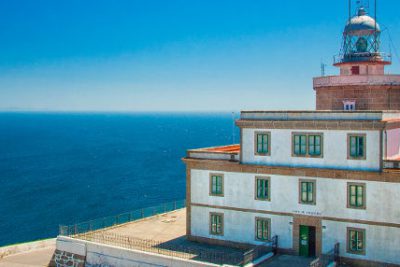 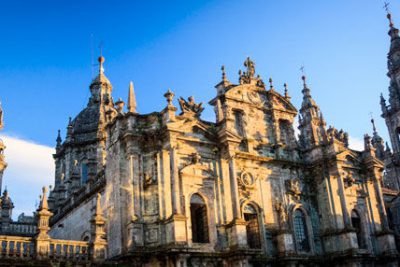 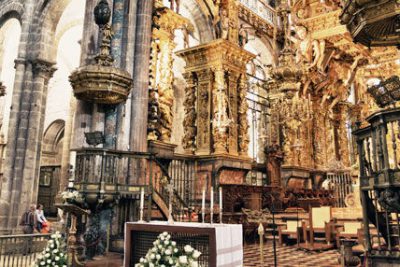 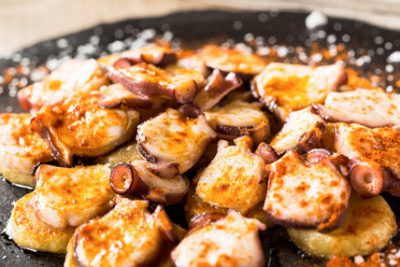 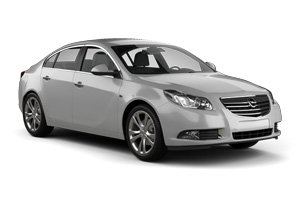